Quotes from The Origin of Consciousness

Posted On 29 sep 2014 By erikweijers In English, origin of consciousness

The gods were in no sense ‘figments of the imagination’ of anyone. They were man’s volition (p 202).

The characters of the Iliad do not sit down and think out what to do. They have no conscious minds such as we say we have, and certainly no introspections. […] The beginnings of action are not in conscious plans, reasons, and motives; they are in the actions and speeches of gods. (p 72)

Who then were these gods that pushed men about like robots and sang epics through their lips? They were voices whose speech and directions could be as distinctly heard by the Iliadic heroes as voices are heard today by certain epileptic and schizophrenic patients, or just as Joan of Arc heard her voices. (p 73)

Sound is a very special modality. We cannot handle it. We cannot push it away.

And if one belonged to a bicameral culture, where the voices were recognized as at the utmost top of the hierarchy, taught you as gods, kings, majesties that owned you, head, heart, and foot, the omniscient, omnipotent voices that could not be categorized as beneath you, how obedient to them the bicameral man! (p 98)

The breakdown of the bicameral mind

Populations were continuously increasing. As they did so, problems of social control by hallucinations called gods became more and more complex. The structuring of such a control in a village of a few hundred back at Eynan in the ninth millenium B.C. is obviously enormously different from what it was in the civilizations we have just discussed [Mesopotamian and Egyption theocracies] with their hierarchical layers of gods, priests, and officers. (p 194-195)

And as this complexity develops, there is the first unsureness, the first need for personal gods to intercede with the higher gods, who seem to be receding into the heavens where in one brief millenium they will have disappeared. (p 202)

One who has no god, as he walks along the street
Headache envelops him like a garment. (p 225)
[inscription on stone tablet, +-1230 BC, Mesopotamia]

What is authority? Rulers without gods to guide them are fitful and unsure. They turn to omens and divination […]. (p 227)

What is important here is to understand provoked divination such as sortilege as involving the same kind of generative processes that develop consciousness, but in an exopsychic nonsubjective manner. (p 241)

As the gods recede into special people called prophets or oracles, or are reduced to darkly communicating with men in angels and omen, there whooshes into this power vacuum a belief in demons. The very air of Mesopotamia became darkened with them. (p 232)

The evolution of subjective consciousness in Greece

As the gods are heard progressively less and less, these internal response-stimuli of progressively greater stress are associated more and more with men’s subsequent actions, whatever they may be, even coming to take on the godlike function of seeming to initiate action themselves. (p 258)

These [internal body sensations] are then the supposed substantives inside the body that by literary metaphor, by being compared to containers and persons, accrue to themselves spatial and behavioral qualities which in later literature develop into the unified mind-space with its analog ‘I’ that we have come to call consciousness. (p 271)

In a word, Odysseus of the many devices is the hero of the new mentality of how to get along in a ruined and god-weakened world. […] (p 273) It is a story of identity, of a voyage to the self that is being created in the breakdown of the bicameral mind. (p 276)

Sometimes attributed to Solon […] is the famous ‘Know thyself’[…] This again was something inconceivable to the Homeric heroes. How can one know oneself?’ […] Suddenly, then, we are in the modern subjective age. (p 287)

All this curious development of the sixth century B.C. is extremely important for psychology. For with this wrenching of psyche = life over to psyche = soul, there came other changes to balance it as the enormous inner tensions of a lexicon always do. The word soma had meant corpse or deadness, the opposite of psyche as livingness. So now, as psyche becomes soul, so soma remains as its opposite, becoming body. And dualism, the supposed separation of soul and body, has begun. (p 291)

Transition to subjectivity in the Bible

They [Old-Testamentary prophets] were transitional men, partly subjective and partly bicameral. And once the bright torrent was released and the call came, the nabi [prophet] must deliver his bicameral message, however unsuspecting (Amos 7:14-15), however unworthy the nabi felt (Exodus 3:11; Isaiah 6; Jeremiah 20:7-10). What does it feel like to be a nabi at the beginning of one of his bicameral periods? Like a red coal in one’s mouth (Isaiah 6:7) or a raging fire shut up in one’s bones that cannot be contained (Jeremiah 20:9) and that only the flowing forth of divine speech can quench. (p 300)

And then the voices are as a rule no longer actually heard. In their place is the condsidered subjective thought of moral teachers. Men still had visions and heard dark speech perhaps. But Ecclesiastes and Ezra seek wisdom, not a god. They study the law. They do not roam out into the wilderness “inquiring of Yahweh.” By 400 B.C., bicameral prophecy is dead. (p 312)

Behavior now must be changed from within the new consciousness rather than from Mosaic laws carving behavior from without. Sin and desire are now within conscious desire and conscious contrition, rather than in the external behaviors of the decalogue and the penances of temple sacrifice and community punishment. The divine kingdom to be regained is psychological not physical. It is metaphorical not literal. It is ‘within’ not in extenso.’ (p 318)

Subjective conscious mind is an analog of what is called the real world. It is built up with a vocabulary or lexical field whose terms are all metaphors or analogs of behavior in the physical world. (p 55)

We have said that consciousness is an operation rather than a thing, a repository, or a function. It operates by way of analogy, by way of constructing an analog space with an analog ‘I’, that can observe that space, and move metaphorically in it. It operates on any reactivity, excerpts relevant aspects, narratizes and conciliates them together in a metaphorical space where such meanings can be manipulated like things in space. (p 65-66)

Conscious mind is a spatial analog of the world and mental acts are analogs of bodily acts. Consciousness operates only on objectively observable things. Or, to say it another way with echoes of John Locke, there is nothing in consciousness that is not an analog of something that was in behavior first. (p 66)

[…] the presence of voices which had to be obeyed were the absolute prerequisite to the conscious stage of mind in which it is the self that is responsible and can debate within itself, can order and direct, and that the creation of such a self is the product of culture. In a sense, we have become our own gods. (p 79)

But the mind is still haunted with its old unconscious ways; it broods on lost authorities; and the yearning, the deep and hollowing yearning for divine volition and service is with us still. (p 313) 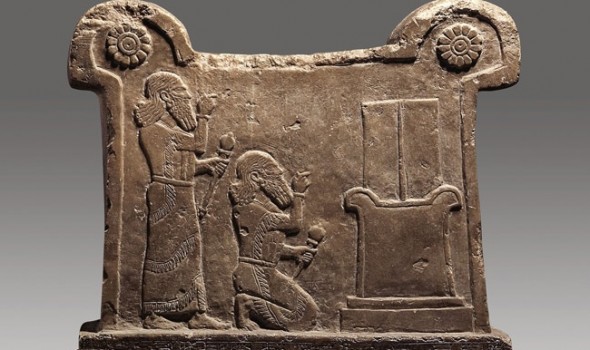 Summary of The Origin of Consciousness 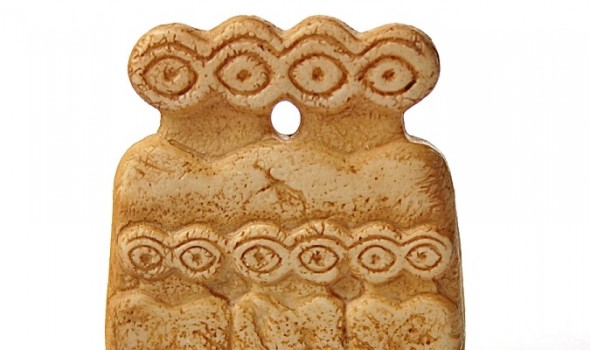 Review of The Origin of Consciousness