Posted On 29 sep 2014 By erikweijers In English, most read

I once gave myself the assignment of inventing a completely random word. Completely random, is that possible? And all of a sudden, there it was: Battoowoo Greekgreek (Tim Krabbé, The Rider).

The word Battoowoo Greekgreek (in Dutch: Batüwü Griekgriek) has, since the day Tim Krabbé entrusted it to paper, acquired a modest fame. Hundreds of thousands of readers of The Rider cherish the word. Maarten Ducrot confessed, when he was still a professional rider: ‘Whenever I hit absolute rock bottom I always think of those immortal words from The Rider by Tim Krabbé – Battoowoo Greekgreek – and everything seems just fine again’. So the word has prospered pretty well for a modest random word. About time to examine if it is random at all! But first I want to stress that the result of this examination could, of course, never harm the magical, almost divine quality of the word. That goes almost without saying.

Even so, there is something at stake here. The random word is, within Krabbé’s oeuvre, a miniature of an important theme. Many of his characters want to escape the monotony of their existence by doing something random or unpredictable. Not just as a revolt against ‘society’ but as a revolt against being under submission of their own instincts and drives – or even more fundamental forces of the universe. The main character of The Vanishing jumps from a third-story balcony when still an adolescent, thereby proving he is no slave of his own fear of heights. He wants to be able to do anything, according to the ‘arbitrariness of his will’. Compared to this, the creation of a random word is a pretty modest deed of anarchy. Has the writer Krabbé accomplished what his characters so often can? 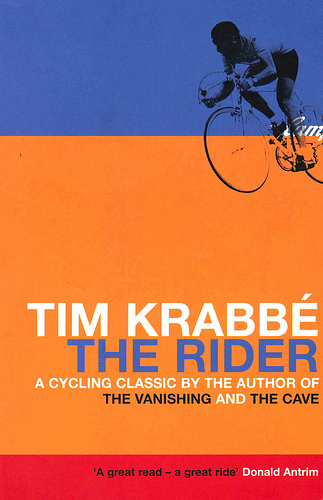 A first fundamental problem emerges: the randomness of an isolated, short sequence of numbers or letters is hard to assess. Only with longer sequences can anything be concluded in a statistically significant way. Look at the following extreme case. From the two-digit binary sequence 01, we cannot tell if it was generated by randomness of an underlying system. Fortunately, Batüwü Griekgriek is not such an extreme case, and it can be assessed to a certain degree.

According to the mathematical definition, randomness means absence of pattern. A series of numbers is random if it has no regularities. This implies that the series can not be abbreviated or rewritten as a shorter series. The technical term for this is informational incompressibility. A series that systematically contains repetitions (111111), alternations (010101) or symmetries (001100) – to name but a few elementary examples of pattern – is not random. So Krabbé’s word seems to disqualify in this respect: it contains a repetition of the letter sequence: griek (greek), which is even an existing word in its own right.

But hold on. In a random sequence of binary characters, surely a repetition of two zeroes or two ones would be no problem. So why disqualify the double occurrence of the syllable ‘greek’?

To answer this, we must first know from which ‘word container the word is drawn’. Which properties has the set of possible words? In case of number series we assume that all digits from 0 till 9 are allowed, in every possible order. In the case of words this is more complicated. The smallest parts might not be separate letters, but syllables. Related to this matter, is a more or less stringent criterion of pronounceability. A letter sequence like jklaafgyy lkolj does not qualify as a word candidate. Let’s assume that Krabbé’s word container was restricted to what is pronounceable. Note that the set of pronounceable words is bigger that the set of representative words, which by the way would be far more difficult to define. Regardless of exact definition, common sense of native Dutch speakers tells that Batüwü Griekgriek is not a representative Dutch word.

So because of the repetition, Batüwü Griekgriek is not a very representative random word. I think Krabbé knows this and I suspect that he has chosen the repetition for a different reason. Research shows the following: if people are asked to invent a random sequence of binary numbers, they shun repetition more than they should. The chance that they write a 0 after a 1, is 0.6 instead of 0.5. This is a manifestation of what is called the gambler’s fallacy: the false notion that the roulette wheel has a bias towards variation/alternation. I think that Krabbé has deliberately not wanted to fall in this trap. And he has even added a little extra on top of his flagrant repetition. He seems to say provocatively: ‘I know, this word contains a repetition. If you guys think it couldn’t be random, go lose your money in the casino’.

But maybe I am on the wrong track. Maybe the writer has truly written the first word that came to mind on one of his bicycle rides. That’s what he suggests in the quote. This spontaneous creation explains the repetition in a different manner. Whenever people invent a fantasy rime or a nonsensical little song, repetition and alternation occur very often (tatee tom tom tatee tom). In the context of this article: these words are in a container that has a lot of repetition and alternation in it. So in this context of spontaneous language production, the word Batüwü Griekgriek ís a pretty representative random word.

Was Krabbé sincere when he wrote: ‘And all of a sudden, there it was.’? Wouldn’t it be to cheat his readers if he had considered many word candidates, altered a letter here and there, until he had finally found a word that met his standards? On the other hand, the ultimate deed of Krabbé-esque randomness is not one that comes easy. It often takes his characters careful planning. And isn’t it also essential to the process of writing? To ponder and rewrite endlessly, until finally something apparently spontaneous is on paper?

The Rider, by Tim Krabbé on Goodreads 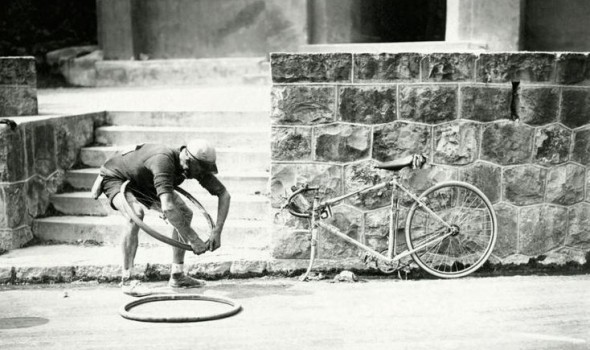